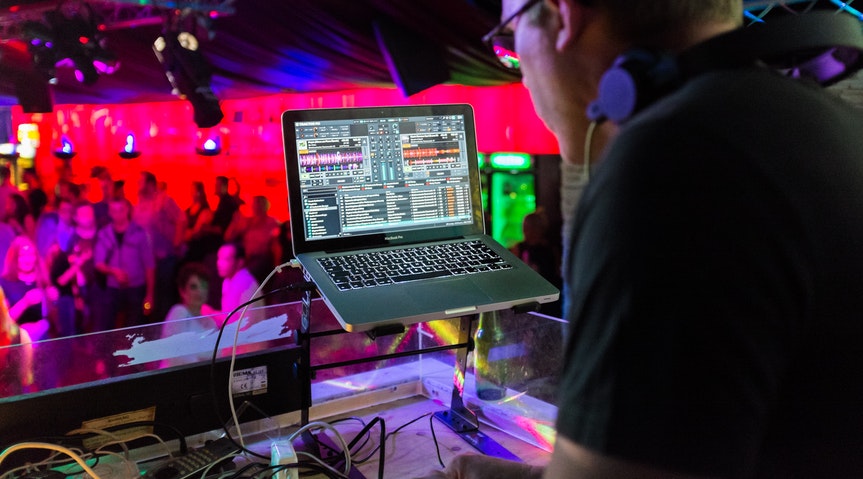 Bar and other music venues around the world broadcast music non-stop, most often on screen, and most often with public TV stations, or YouTube playlists. While not using this free exposure for your music and DJ sets, by being part of thematic and always updated music TV channels tailored for these places ?

It's very hard to get your music known around the world. Most social networks promote already-famous bands, artists and DJs, it's time-consuming to promote yourself on these. Yet, there's an opportunity which is often missed which is for you to use existing content to be broadcasted in physical locations which are eager to broadcast music and desperate to find quality content that matches their identity, and help them differentiate

Reuse your existing performance, get the most of your next performances

It's very tough to be recommended on social platforms for artistic content, as they usually promote engaging content, fake news, bait clicks and so on. DJing TV only relies on genre and artist proximity, and any broadcaster is still able to choose any content to be broadcasted on its channel. Bars and other public venues are places people are not interacting with content making it apart from fast content consumption (TikTok style)

It might not be a common expression to use for artistic work, but music is also created by human beings which have to optimize the time they spend on a song or DJ set promotion, if they actually want to have some time to create their next song or DJ set. Create once, be broadcasted many times in many places.

For musicians and artists it comes at no cost. For licensed music venues it doesn't come with any additional cost (unless they want to personalize their TV channel with their logo). There's no work for content provider except uploading their content. There's no scheduling nor updating work to do for music broadcasting places.

A better choice for bars and music venues as well

As a music broadcasting place, would you rather pay for a TV station with its TV logo, YouTube premium account with YouTube logo, or would you rather broadcast your own music TV channel promoting the local or distant artists that you like, optionally with your own logo ?